Hosted Desktops for it resellers 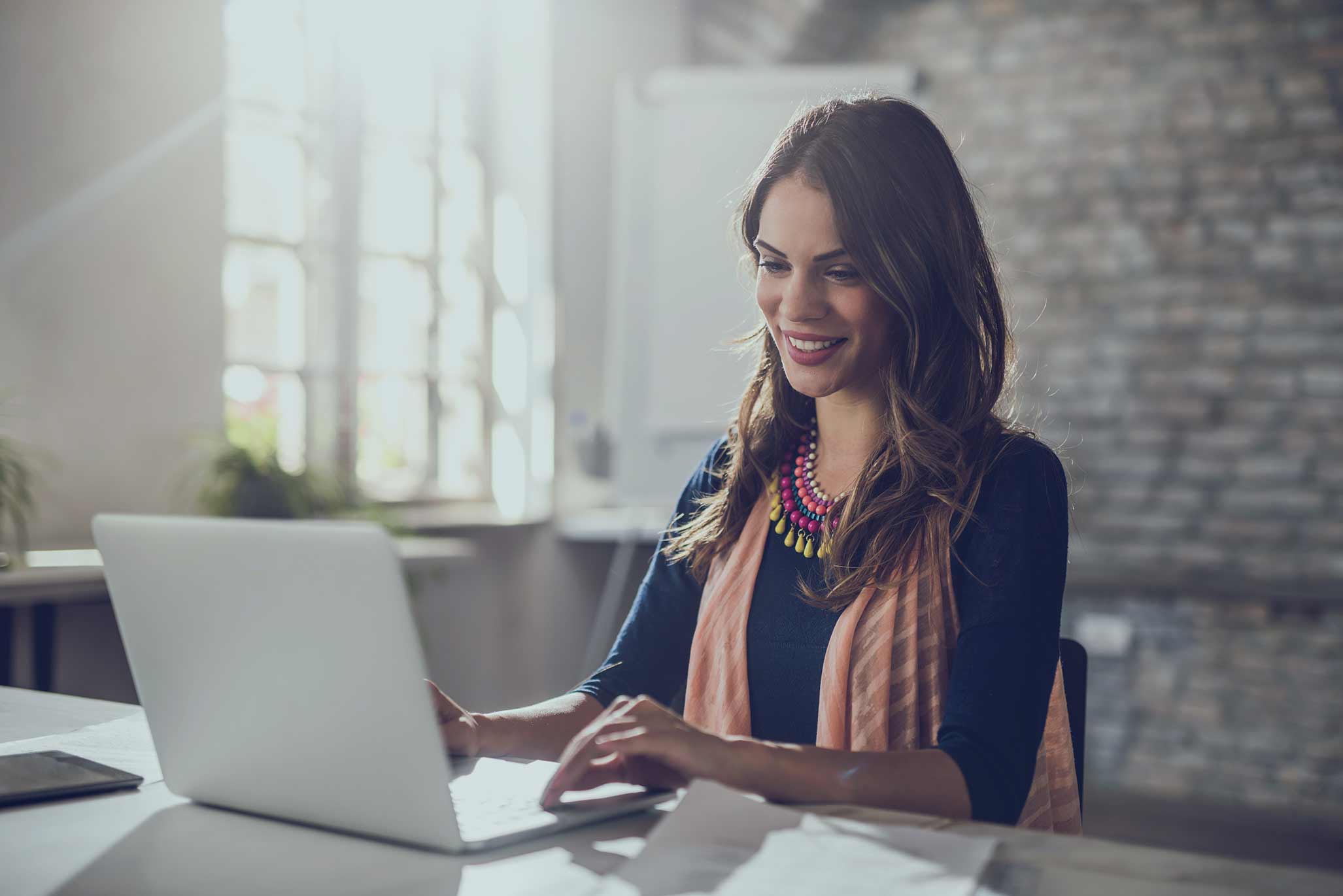 Our Hosted Desktops: RDS or Citrix 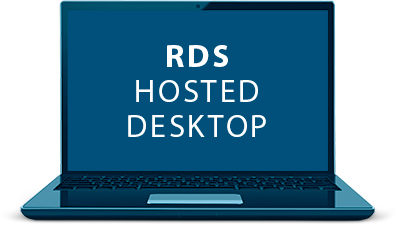 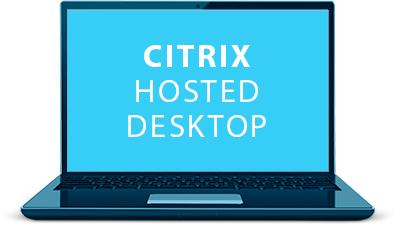 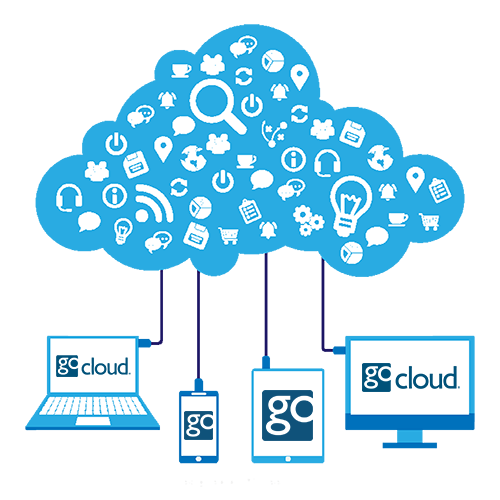 GoCloud partners benefit from an extensive range of marketing resources and sales support to ensure their success as a cloud hosted desktop reseller.

From Prospecting to Pitching

Your dedicated GoCloud Account Manager will be on hand to assist you in all aspects of the sales process, from generating new business leads through to designing your clients' solution.

By selling exclusively through IT resellers, the GoCloud team are 100% dedicated to the success of our partners. 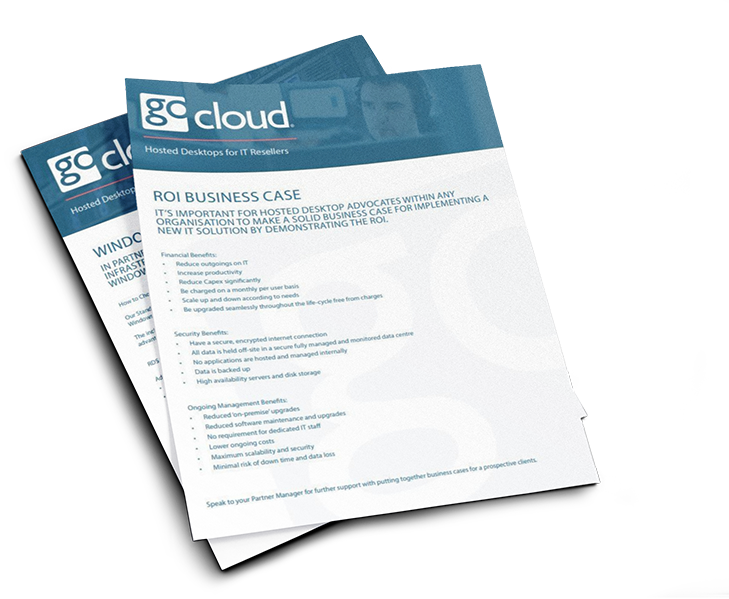 After registering as a GoCloud Partner you will receive a range of high quality white label sales and marketing tools, already branded with your company's logo and colour scheme - free of charge.

The level of support we provide our partners truly sets us apart and makes GoCloud the UK hosted desktop provider of choice. 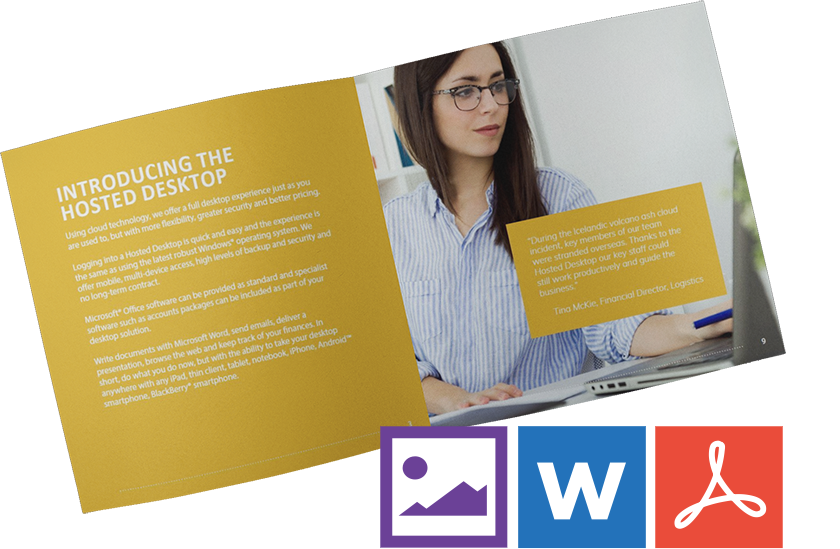 The GoCloud Academy is your guide to reseller success, offering you the quickest route to learning the skills and techniques that will help you make your first sale, and continue to make sales.

The GoCloud Academy will guide you through every step of the sales process - no past experience is required to succeed as a reseller. 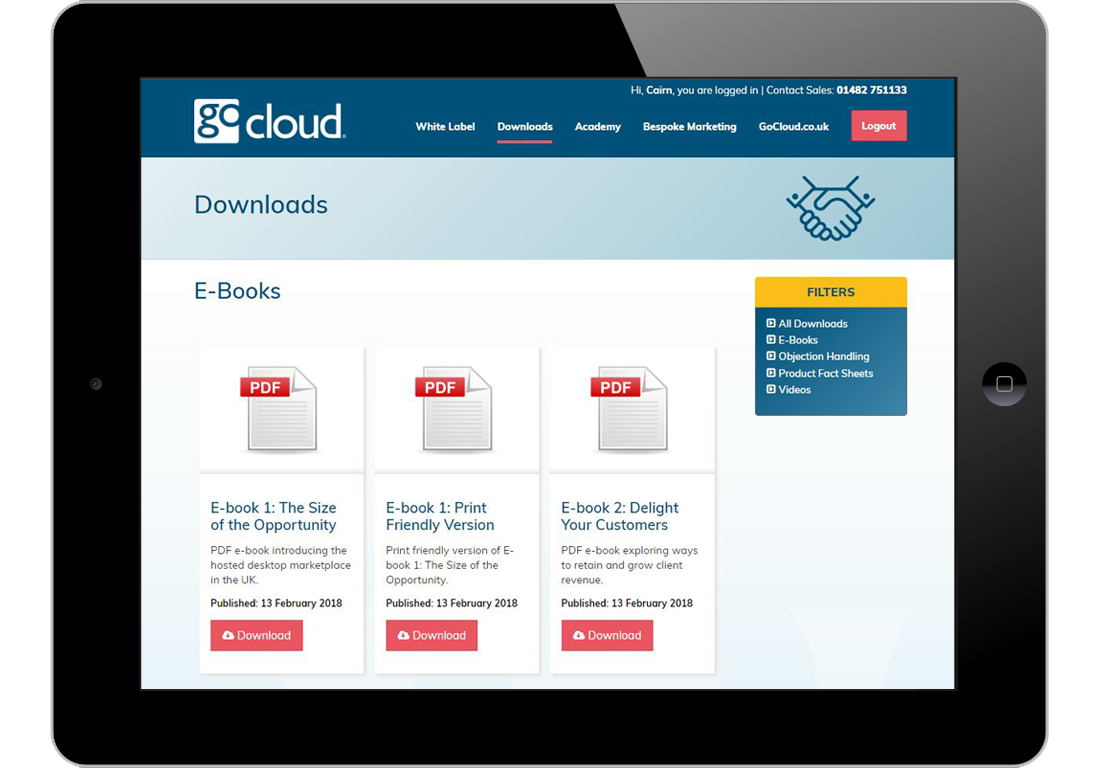 It’s a good question with a simple answer; not much! The three terms are often used interchangeably, but there are subtle differences between cloud desktops, hosted desktops and virtual desktops.

A hosted desktop is an IT solution that allows individuals to access their desktops from any internet-enabled device, anywhere in the world and be able to work as if they were using a traditional desktop. Their programmes, apps and level of personalisation would be consistent and they’d be able to work without readjusting to a new desktop environment.

A hosted desktop is more specifically “hosted” by a third party – not an internal IT department and not stored in a generic “cloud”. It’s the quality of the hosting that provides the client with the services, security and reliability they experience.

Hosted desktops are an excellent choice for SMEs thanks to their security, flexibility and scalability. A hosted desktop solution provides a cost-effective way to provide a mobile or expanding workforce with a consistent and high-quality IT network.

Instead of high capital outlays on hardware and software that quickly obsolesces, a hosted desktop allows the client to make a manageable monthly payment. In return they see cost savings associated with reduced power consumption and a more scalable IT infrastructure.

Hosted desktop solutions are ideally suited to organisations who are growing rapidly or who have seasonal fluctuations in demand. It’s simple to add new users to the system without high on-costs or the fear of unused licences and hardware gathering dust should things quieten down.

A cloud desktop is a generic term for the IT solution where an organisation’s apps, programmes and files are stored in a data centre, rather than in an office. Employees can access their desktops from any internet-enabled device, anywhere in the world. Sometimes used as a synonym for virtual desktops and hosted desktops, cloud desktops mean home screens, programs and apps look familiar no matter which device they’re accessed from.

Similarly, an SME could set up their own cloud desktop solution. Disconcertingly, security risks may only be visible after a data breach, by which point it’s too late to act. The ingenuity of hackers and increased accountability resulting from GDPR legislation means data security is increasingly paramount.

For satisfactory service and security, it’s important to ensure a cloud desktop solution is appropriately managed. Co-designed with Hewlett Packard, GoCloud’s hosted desktop solutions are amongst the most configurable and secure in the UK. They also boast an impressive 99.9% uptime – meaning you and your clients can rely on GoCloud for network support day in, day out.

A Virtual Desktop can be one of two things. It can refer to a branded Microsoft product, but more usually refers to the type of IT solution that lets employees access their desktops from any internet-enabled device, anywhere. Very similar to a hosted desktop, a virtual desktop means home screens, programs and apps look familiar, no matter which device they’re accessed from. The ability to enable business continuity no matter where or when someone is working means they’re increasingly popular.

Virtual desktops are a more generic term than “hosted desktops”, because a virtual desktop may be created and managed by an organisation’s own IT department. In the case of very large organisations with a wealth of IT skills, this can make perfect sense because of the pre-existing infrastructure and talent within the organisation.

Whilst an organisation-led virtual desktop requires consistent resource and skills, a third-party hosted desktop allows any organisation to supply their team with a virtual desktop. For smaller businesses this makes sense – there’s no upfront investment needed in software licences or costly servers, IT experts aren’t required; reducing headcount requirements, and flexible working is easy to manage - ideal for teams in multiple locations.

Needing nothing more than a thin client, the enhanced security, cost reductions and ability for team members to switch between devices means a third-party hosted desktop is a natural choice for many SMEs. Increasing numbers of SMEs are re-evaluating their virtual desktops as a way of improving their cost-effectiveness and flexibility.